While my parents were visiting earlier this month, we decided to take up another part of Melody Warnick’s “love your city challenge” from her book This is Where You Belong and take our visitors to see some part of our city! 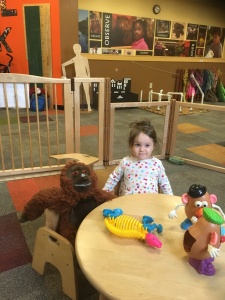 We recently got a membership to the local science museum, but so far we haven’t used it much, and we’ve mostly only hung out in the toddler room (which is pretty awesome, by the way!).

My dad loves museums and history and learning. My family often jokes about how long it takes to walk through a museum or historic park or some such place with him because he stops to read every engraved rock, plaque, or sign he can find. On a family vacation to Niagara Falls years ago (long before I lived within half an hour of the site), we played an ongoing game of “I spy a rock with a sign on it” and pulled the car to the side of the road multiple times so that my dad could go read each one. More recently, he has begun taking pictures of park/museum signage so that he can read it later without holding up the rest of us.

All this to say, we lost my guitar-playing father to the temporary guitar exhibit in the museum for most of the time we were there :o) I think he was a happy guy that morning. His penchant for reading and learning made the science museum the perfect place to take my parents as an alternative to our typical homebody-style visits. 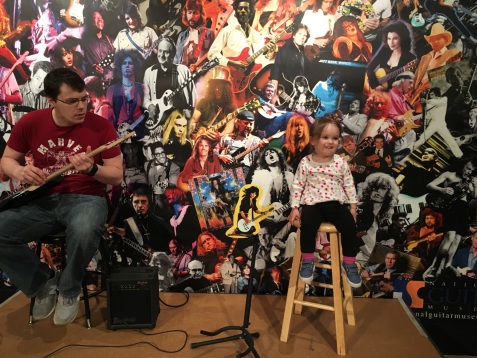 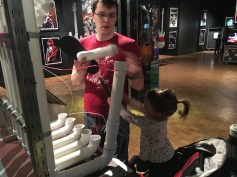 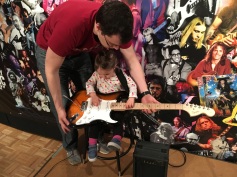 Meanwhile, the rest of us toted/followed Ella around looking for all of the interactive things for her to do in the exhibits we visited. 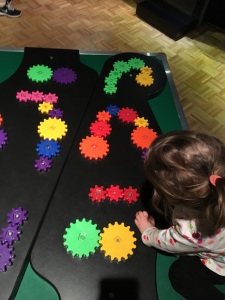 She really liked all the noisy stuff she could play with in the guitar exhibit, but I think her favorite non-toddler-room part of the visit was digging for bones in the exhibit about things going extinct. She and Nathanael had been in that room on a prior visit; it was new to me. 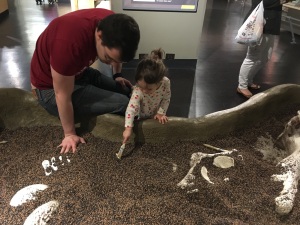 She loves digging, and she loves hiding and finding things, so this was a win-win for our little girl. The only thing that would have made it better in her eyes would be to somehow involve water.

It’s nice that the museum is way bigger than a toddler attention span can handle because it will take a lot longer for me to get bored visiting again and again! With that in mind, we’re also trying to curb our tendency toward being as efficient as possible (“We have to see everything all in one visit! Who cares if we’re exhausted and hate that we came by the time we’re done!”) and go with a “less is more” approach to visiting places we plan to go to repeatedly.

I definitely felt more like a local when I ran into three other moms I knew during our morning at the museum. It made me think, “Hey, maybe I have been getting out into Buffalo more than I realized!” That was a nice feeling.

Oh, and we had a BONUS Buffalove outing! Since my parents were visiting, Nathanael and I unexpectedly got to join some friends for a birthday dinner at La Divina Mexican Restaurant. Neither of us had been there before, but we were told that if you’re going to eat tacos in Buffalo, this is the place to do it. And WOW were our friends who told us that right! The food was so delicious! We will definitely be returning customers. We were both super skeptical about whether waiting in line for an hour for tacos was worth it (it was Cinco de Mayo), but it was. It was so worth it. I highly recommend the brisket. Yum! 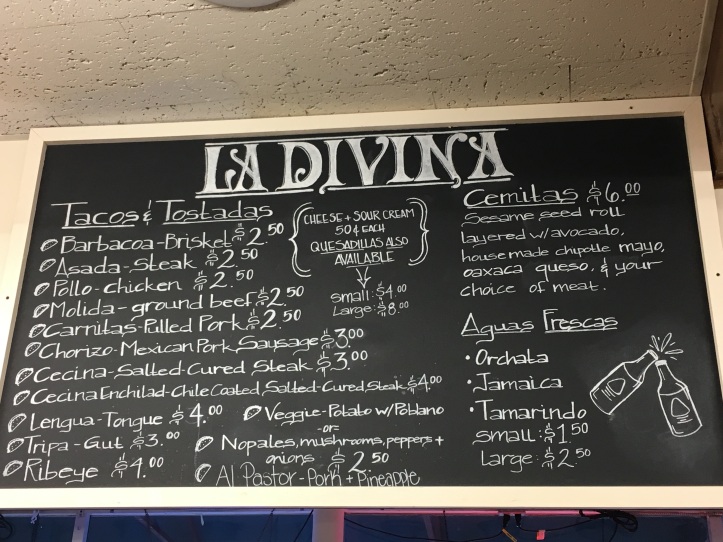